Home / Florida Personal Injury & Accident Guide / Stay at the Scene: Consequences of a Hit and Run in Florida 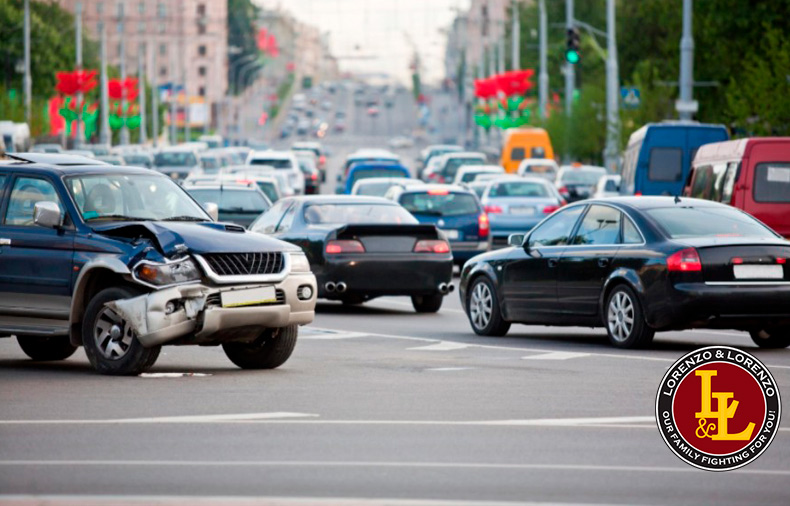 If you’re involved in a car accident, NEVER leave the scene before police arrive.

An estimated 1 in every 4 motor vehicle accidents in Florida are hit and run, which is when one of the drivers flees the scene of the accident instead of taking responsibility or calling 911.

Also important to realize is that leaving the scene of an accident is illegal under Florida law.

Penalties for Leaving the Scene

Drivers involved in a car accident in Florida should never leave the scene for several reasons. For starters, you don’t know if someone is hurt and needs help. Staying at the scene and calling 911 if needed can save someone’s life.

Second is the fact that leaving the scene before help has arrived can lead to criminal charges. The law is unforgiving when it comes to charges following a hit and run car accident. If the driver flees the scene, a criminal investigation will begin. If the driver is caught, the penalties are severe.

Punishments for a Hit and Run in Florida

Penalties for hit and run drives were changed on July of 2014 when the Aaron Cohen Life Protection Act was signed in Florida law. The statute is named after a 31-year-old cyclist, husband and father of two, who was struck and killed by a drunk driver who fled the scene of the accident in February 2012. The driver was caught and sentenced to two years in prison, a lesser sentence than what he would have served if he had been sentenced on a DUI manslaughter charge. The Act requires any driver convicted of leaving a crash scene that resulted in a fatality to serve a minimum of 4 years in prison.

For accidents involving injury to the victim, the driver can be charged with a felony in the third degree. The penalty for this could result in time in prison or probation, plus a $5,000 fine. An accident that results in the death of the victim is a first-degree felony and could result in as many as 30 years in prison, plus a $10,000 fine.

For drivers who are under the influence of an intoxicating substance, the mandatory minimum sentence is two years in prison. Driver’s licenses may also be revoked in any case where the perpetrator left the scene.

If you are seriously injured a hit and run, you may not be able to do much aside from wait for first responders. However, if you weren’t seriously injured, there are several steps you can take right away:

Florida is a no-fault insurance state, which means that paying for monetary losses related to an accident is generally the task of your insurance company with personal injury protection insurance. In other words, the procedure is much the same whether the causing driver leaves the scene or not.

According to Florida law, all drivers involved in an accident are required to stop and wait for law enforcement, even if they are not responsible for causing the crash. If the driver is located, their insurance should pay for your medical bills and any damages to your property. However, even if the driver is not located, you may be able to obtain compensation from your insurance company through the uninsured/underinsured motorist laws in Florida.

Although Florida automobile insurance policies offer coverage for uninsured or underinsured drivers, your insurance company may try to pay as little as possible following an accident. It is important for you to completely understand your insurance policy to know what your rights are. Before discussing anything with your adjustor, it is very important to discuss your situation with a skilled personal injury attorney.

What Happens When Drivers Leave the Scene?

Unfortunately, when drivers leave the scene of an accident, they can be difficult to track down. The other unfortunate aspect for the victims is that it’s also difficult to get any money for the incident. Whenever a driver leaves the scene of a car accident, it becomes a criminal investigation.

Drivers leave the scene of the accident for many reasons, including:

Unfortunately, when drivers leave the scene of an accident, they can be difficult to track down. The other unfortunate aspect for the victims is that it’s also difficult to get any money for the incident. Whenever a driver leaves the scene of a car accident, it becomes a criminal investigation.

Drivers leave the scene of the accident for many reasons, including:

Leaving the scene of a car accident is a crime, so your only legal recourse as a victim is if the at-fault driver is found and charged. If possible, the first step to take at the scene is to call the police. It’s best to wait on calling your insurance company until after you have calmed down and can give them statements that won’t jeopardize your claim. If the driver is found, it’s best to hire a personal injury lawyer if you are intent on getting monetary compensation from them.

A good auto accident attorney will analyze your situation in order to build a strong case. He or she will also negotiate with your insurance company as well as fight for you in court if it comes to that. If you are the victim of a hit and run car accident, contact an experienced personal injury lawyer to help you recover your costs and obtain the compensation you deserve.

Were you recently involved in a hit and run in Florida? The experienced Tampa attorneys at Lorenzo & Lorenzo can help you achieve the legal compensation you deserve.