Were you struck by a vehicle while riding your bike? Suffering from financial loss and physical pain as a direct result of your accident? You may have a claim.

Expert Florida bicycle accident attorneys at Lorenzo & Lorenzo are fully prepared to work your case from start to finish.

Residents of Tampa-St. Petersburg-Clearwater know how dangerous the region’s roadways can be. The aggressive driving problem in Florida not only poses a threat to other motorists, but cyclists as well. While organizations like Bike Florida are working hard to protect Florida bicyclists through statewide Share the Road campaigns, change is not coming soon enough for the thousands of cyclists injured or killed in bicycle accidents each year. If you’ve been injured while riding or walking your bike, or a loved one was mortally wounded in a bicycle crash involving a vehicle, then it’s time to contact a legal professional to find out what rights and compensation you are entitled to before it is too late. 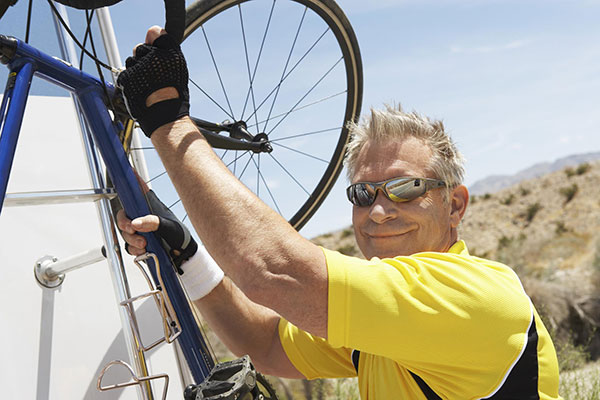 At Lorenzo & Lorenzo, our team of expert personal injury lawyers specialize in Tampa bicycle accident, car accident, pedestrian accident and wrongful death cases. Regardless of which side of the table you’re on, we can help walk you through the entire process – from filing a claim to negotiating a fair settlement to fighting for you in court.

Don’t settle for less than you deserve.

Fill out our form to schedule your free bicycle accident consultation today.

For avid bicyclists in Florida, venturing out into vehicle traffic on a bike is a dangerous game. Florida’s bike death rates are the highest in the nation, nearly triple the national average. According to a Florida DHSMV Traffic Crash Statistics Report ranking Florida counties by the number of pedestrian and bicycle fatalities and injuries between 2007 and 2011, Hillsborough County (Tampa) came in 4 th place and Pinellas County (St. Petersburg and Clearwater) ranked 6 th for deadliest counties for cyclists and walkers.

Sometimes a bicycle accident can be caused by poorly maintained dangerous roads or defective gear. However, most bicycle accidents in Florida are due to driver negligence, such as:

Though less common, bicycle accidents can also be the fault of the cyclist. Bicyclists should always practice bicycle safety common sense by observing all road rules, wearing reflective clothing/gear at night, and slowing down at intersections and when turning.

A majority of bicycle accidents result in serious injuries to multiple body regions. Common wounds include:

“All of us want to tell you and your team Thank You for all the hard work that you accomplished on behalf of our family. Have A Great Day and the Lord be with all of you-always!”

What to Do if You’ve Been in a Bicycle Accident

Bike crashes can be a very serious ordeal. Even if you don’t think you’re hurt, it is essential that you take the proper actions in the minutes, hours and days after a collision. Failing to follow this post-accident checklist could not only cause you greater physical harm, but also hurt your bicycle accident case should you choose to file a claim.

Get the Compensation You Deserve