Avoid these top causes of car, truck and motorcycle accidents in Florida 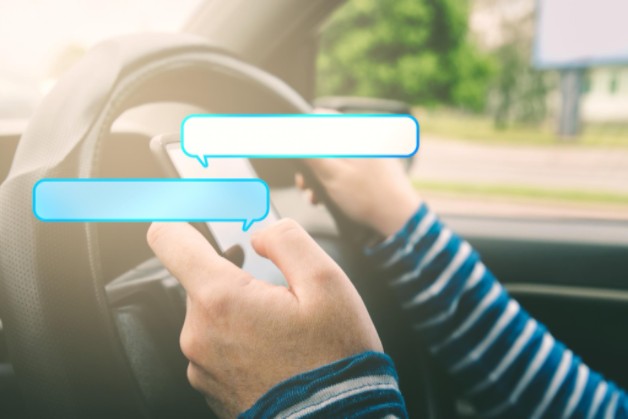 Most people will be involved in at least one car crash in their lifetime. It’s true. But the reasons why these crashes occur vary. For some, a speeding or distracted driver is to blame, resulting in a car accident lawsuit. For others, bad road conditions or weather is to blame. Knowing the top causes of car accidents can help you and your loved ones take care to avoid these situations whenever possible.

Florida’s speed limits are calculated to help travelers arrive at their destinations safely. When drivers choose not to follow the speed limit, their chances of getting in a crash increase significantly. Speeding makes it harder for drivers to safely negotiate corners and turns. Speeding also gives a driver less time to react to changes and unexpected events on the roads.

Failing to come to a full stop at a stop sign or running a traffic light can result in a crash. A driver traveling at a high rate of speed with the right of way may not expect another driver to run the stop sign or the light. Running a four-way traffic control device may result in a side-impact crash. A side-impact crash can be serious and fatal, especially for occupants of passenger cars.

The National Safety Council reports that cell phone use while driving leads to 1.6 million crashes each year and nearly 330,000 injuries occur each year from accidents caused by texting while driving.

Other distractions that can cause an accident include eating and drinking, talking to people in your vehicle, fiddling with the stereo, entertainment or navigation system—anything that takes your attention away from the task of safe driving.

Teen drivers are especially prone to getting in a distracted driving-caused car accident.

Other common causes of teen driver car accidents include:

In Florida, there are two ways to be a drunk driver. If you drive with an unlawful bodily alcohol content (0.08% or higher) or if you drive while under the influence of alcohol or drugs, you’re a drunk driver under Florida law. Drunk driving impairs a person’s ability to react to changing conditions on the road.

A person who is under the influence of alcohol has a diminished ability to divert their attention to more than one thing on the road. For example, a drunk driver can’t both monitor their speed and stay in their lane in the way a sober driver is able to. An estimated 10,000 people die in alcohol-related crashes each year in the United States.

In addition to DUI, it’s also illegal to drive under the influence of drugs in the state of Florida. This includes marijuana and prescription drugs. Officials from the National Highway Traffic Safety Administration say that while a drug affects each person differently, drug use impairs driving ability in the same way that alcohol makes it more difficult for a driver to operate their vehicle in a normal manner.

7. Falling asleep behind the wheel

For many Americans, life is busy and stressful—and this can lead to accidentally falling asleep behind the wheel. According to one report, at least 1 in 25 adults admitted to feeling sleepy at the wheel in the past month alone. Some drivers just don’t get enough sleep before getting behind the wheel. Others work long hours driving commercially.

One-vehicle accidents with animals are more common than you might think, especially on Florida’s rural backroads. Although our state has some of the lowest rates of deer accidents, there are still a significant number of collisions with deer and other creatures each year. There are also other animals that can create dangers on Florida roads such as alligators, racoons, bears and possums.

What do I do if I’m in a Florida car accident?

If you’re hurt in a car accident, you have rights. The legal team at Lorenzo & Lorenzo wants to help you understand how we can help you navigate Florida law. Even though this state has no-fault insurance laws, we can help you to bring a claim against the responsible party for several different types of injuries.

If you or a loved one are seriously hurt in car crash, contact us today. We want to talk about your case and explore your options for a fair recovery.