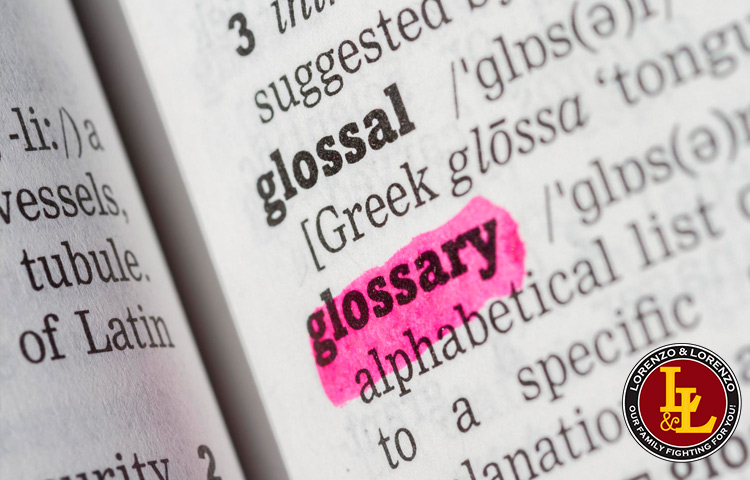 Pursuing a car accident claim in Florida can feel like a maze of legal terminology. Here at Lorenzo & Lorenzo, we take the time to explain confusing legal jargon to every client so that they understand their rights and don’t feel out of the loop. But not every accident attorney bothers to stop and explain what they mean like we do.

Whether you’re going with another law firm or you just want to get a running start on your car accident claim, you’re going to need a guide. This glossary of the most common verbiage, phrases and terminology you’re like to hear will give you a solid starting point:

We hope this glossary helps explain some of the common jargon you’re likely to hear in a car accident case in Florida. As we mentioned earlier, the team at Lorenzo & Lorenzo are happy to help explain your legal rights, Florida law, and what based legal phrases mean. Contact us to schedule your free consultation.