“I got rear-ended in a car accident in Tampa. What now?”

Rear-end accidents are one of the most common of all car crashes.

“Fender benders” happen on a daily basis as commuters head home after a long day of work or get stuck in bumper-to-bumper traffic on the highway. In most cases, no serious injuries are sustained and the damage to either vehicle is minimal. If the at fault driver (typically the tailing vehicle) has sufficient auto insurance coverage, their insurer will pay for the economic damage to property and medical expenses if necessary. 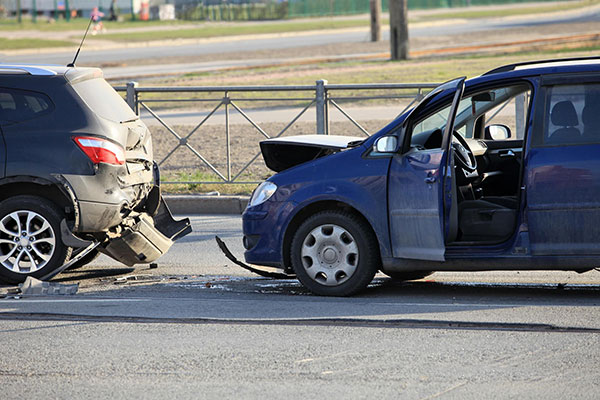 However, some rear-end accident cases are much more serious, involving catastrophic injury, significant damage to property, uninsured/underinsured motorists or disputes with insurance companies. In these situations, it pays to hire a skilled car accident attorney to fight for fair compensation on your behalf. Tampa car accident lawyers at Lorenzo & Lorenzo specialize in obtaining the best possible outcome for individuals who were financially or physically injured in a Florida rear-end collision.

Is Fault Automatic in a Rear-End Accident?

It is commonly said that rear-end car accidents are always the fault of the tailing driver who rear-ended the car in front. While there is good reason to believe this since the driver in back is usually at fault for a rear-end collision, this is not always the case. In some cases, the leading driver who was rear-ended may be held fully or partially liable for the car accident. Ultimately, it boils down to the concept of “negligence.”

To establish fault in a Florida car accident case, the plaintiff has to prove that the other driver was negligent in fulfilling their duty to exercise reasonable care when operating a motor vehicle, and that this negligence resulted in their injury or damages. One of these duties is to leave enough distance between you and the car in front of you to prevent a collision in the event of a sudden stop. This is why drivers who rear-end a leading vehicle are usually considered at least partially responsible for the accident.

However, in some rear-impact cases, the leading driver may hold some share of the responsibility for the accident.

Examples when the leading driver may be held partly responsible for a rear-end collision include:

Defective auto parts can also play a role in rear-end collisions. For instance, if it is found that a vehicle’s braking system failed while the driver was attempting to stop, thus causing them to hit the car in front of them, the manufacturer may be held liable. Likewise, if a defective part causes a vehicle to come to a sudden stop and cause a rear-end accident, other parties may be brought into the case such as the manufacturer or distributor.

Rear-end accidents, even in low speed fender bender collisions, can cause surprisingly serious injuries for those involved. The severity of injuries experienced in a rear-end collision depends on many factors, including the rate of speed both vehicles were going at the time of impact, the vehicles’ “crumple zones,” and if the accident involved a commercial truck, motorcycle or bicycle.

Injuries from a rear-end collision often include:

“I’m very grateful for the work he did on my case. He worked hard to get the most out of my case. He fights for people’s rights and I would hire him again if I ever needed a lawyer.”

Rear-end collisions can be caused by either the leading or tailing driver (or both), and are frequently attributed to:

Determining the part each driver played in a rear-end car accident and how damages should be dispersed depends on the state laws that apply to the collision. In Florida, pure comparative negligence is the law of the land.

This standard means that when more than one party is at fault, liability is split according to the percentage each driver is determined to be responsible. So if the leading driver (plaintiff) is found to be 25% at fault for a rear-end accident that causes $10,000 in damages, he or she can only collect 75% of the damages (or $7,500) from the tailing driver (defendant).

If you or a loved one have suffered injury or damage from a rear-end collision in Tampa or elsewhere in Florida caused by another person’s negligence, you may be entitled to compensation for your doctor’s bills, lost wages, pain and suffering and other losses. Contact the Tampa rear-end car accident attorneys at Lorenzo & Lorenzo to discuss your legal options and seek help from the experts. We want to help ensure the best possible outcome for your case, so contact us today.

We are available 24/7 to take your call. Schedule your free consultation today.