Even when bicycles are not in the equation, the subject of right of way is debatable, and accidents due to misunderstandings of the rules are all too common. 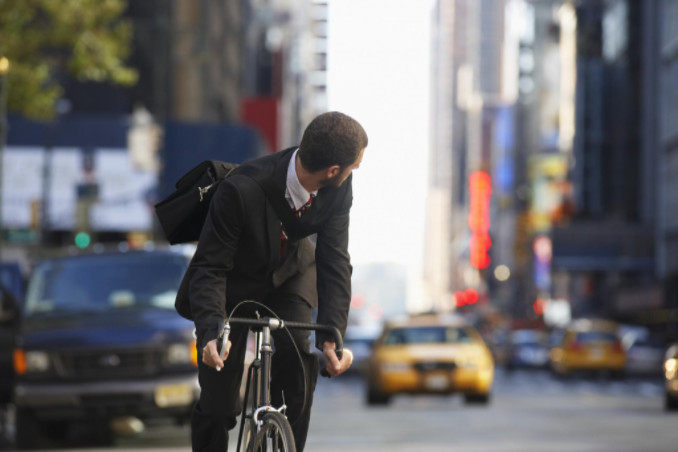 These misunderstandings are even greater when it comes to cyclists.

The fact is, many drivers are not at all familiar with the rights of bicyclists, especially when it comes to right of way. This is becoming an increasing problem in larger cities or areas where bicyclists are common on roadways.

In fact, Florida ranked highest in the country for bicycle deaths in 2015.

Becoming informed on what to do in a situation where a bicycle may receive the right of way could easily save a life, especially since bicyclists are vulnerable.

Bicycles are considered “vehicles” when it comes to traffic laws and the rules of right of way. That means that bicycles can both receive and give up the right of way depending on the specific traffic situation at hand.

As always, at a signaled intersection, the vehicle (car or bicycle) that is signaled to go has the right of way. However, at intersections without signals the rules of right of way are not as clear-cut:

Because bicycles are considered vehicles when it comes to the rules of the road, they must also observe the rules of yield signs and merging into oncoming traffic.

A bicycle parked at a yield sign must surrender the right of way to any traffic present on the existing road. In addition, merging into traffic from another street, in a parking lot or onto a highway requires giving existing traffic the right of way. This is true for both cars and bicycles.

In addition, the right of way must always be given to pedestrians, whether you are operating a vehicle or a bicycle. Even if a pedestrian is acting outside the rules, it’s important to surrender the right of way.

Liability in a collision between a car and a bicycle is usually determined based on which party had the right of way and the type of intersection at which the accident occurred. However, other conditions may come into play, including one party being unaware of the other or driver negligence. In this case, liability goes to whichever party was acting recklessly.

Sometimes avoiding an accident is impossible, but taking certain steps can decrease your chances:

If you or someone you know has been the victim of a bicycle accident, make sure you have an experienced Tampa bicycle accident lawyer on your side. Contact the attorneys at Lorenzo & Lorenzo today for a free consultation of your case.