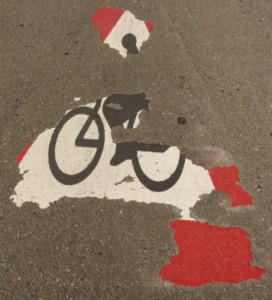 Florida has been working to make roads safer for bicyclists since the late 1990s. Florida’s Share the Road campaign began in 1997, its main focus being bicycle safety and education.

In the spring of 2000, special license plates were created and available for Florida vehicles in an effort to make drivers more aware of bicyclists. The proceeds from the plates went to two organizations: Bike Florida and the Florida Bicycle Association – both of which have worked over the years to educate Florida residents on bicycle safety and also to promote bicycle tourism throughout the Sunshine State.

Despite all of these efforts, the number of fatal bicycle accidents has not significantly decreased over the past 18 years. In 2015, a report completed by the CDC labeled Florida as the top state in the nation for bicycling deaths at 0.57 per 100,000 people.

DeWayne Carver, Statewide Bicycle Pedestrian Coordinator for the Florida Department of Transportation (FDOT), said in an interview with the Tampa Tribune: “We’re not sure to what extent are the roadways dangerous, and how much of the problem is the number of people using the roadways.”

The state is still working to improve safety for bicyclists. Among other things, they have created a new standard for how wide bike lanes need to be (from 4 feet to 7 feet) and are working to reduce speeds on busier roadways.

If you or a loved one has been involved in a bicycling accident in Florida, please talk with one of our expert Tampa bicycle accident attorneys at Lorenzo & Lorenzo. With nearly 20 years of experience, our bilingual legal team is committed to getting you the compensation you deserve. We are available 24/7 for free consultations.