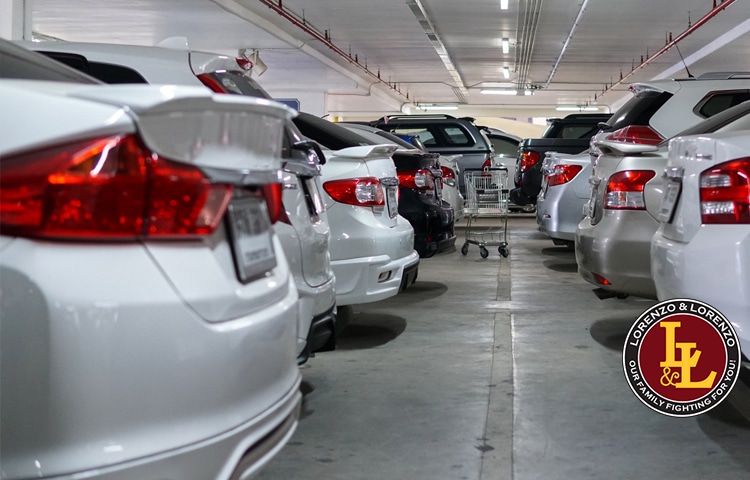 It may surprise some people to learn that a parking lot is one of the most dangerous places for a driver to be. About 50,000 accidents occur in parking lots each year, sometimes leading to serious injuries such as concussions, whiplash and even fatalities.

Who’s at fault in a parking lot crash?

In Florida, there are a number of important factors that will determine who was at fault in a parking lot collision.

Parking lots are considered private properties in the state of Florida, which means laws that help determine who’s at fault work a little bit different than crashes that occur on highways, neighborhood roads or high traffic city streets.

This also means the police aren’t as likely to arrive on the scene. Unless there are serious injuries, it will be up to the drivers to gather the necessary information for their insurance companies, such as the driver’s name, contact information, the make and model of the other vehicle, and the names and numbers of any witnesses. The latter is especially important because it will be valuable to prove negligence (if necessary).

Florida is also 1 of 13 states with no-fault insurance policies. This type of insurance pays for the injuries and damages of the policyholder rather than that of the other injured party. Generally, your damages from a parking lot accident will be covered under your own PIP insurance policy up to $10,000.

If your damages exceed this amount, you will need to pursue compensation from the at-fault driver. For this, a personal injury lawsuit must often be filed.

Every scenario is different. But here are the most common examples of parking lot accidents in Florida:

If you or a loved one has suffered from an injury due to a parking lot accident, you may be entitled to seek compensation. Our experienced and licensed professionals are ready to discuss your options and legal course of action in a free consultation.

The Tampa law firm of Lorenzo & Lorenzo offers quality representation and is available 24/7.