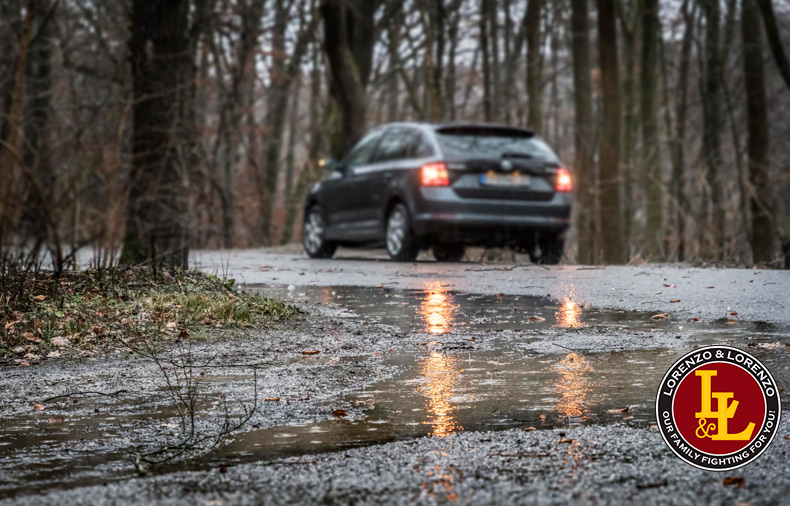 In Florida, drivers should be wary of extreme weather conditions

Poor weather can play a major role in causing a car accident to happen.

However, it doesn’t mean that a driver cannot be partially or fully responsible for one occurring.

Let’s take a look at the specific ways that weather can cause an accident and how to determine who may be at fault for causing it.

A majority of the accidents and injuries were caused by wet, slushy or icy pavement. Fog, rain and snow were also common causes of crashes that were attributed to weather conditions.

How does bad weather result in car crashes?

In stormy conditions, it may be difficult for drivers to see more than a few hundred feet in front of them. It can also be harder for a driver to judge their speed or the speed of nearby vehicles.

In some cases, fog will develop during or after a storm, which can further reduce visibility.

Rain, ice or snow can make roads slippery and harder to stop on.

Vehicles that have worn or damaged tires are likely at a higher risk of sliding or skidding on the road. This is known as “hydroplaning.”

If a crash was caused by bad weather, it may not be obvious if any of the drivers involved were also liable.

Authorities and insurance companies will first work to gather as much information about the accident as possible. For instance, they will look to see how fast a vehicle was traveling or if a driver was fatigued or otherwise impaired.

It will also be important to determine if a driver was on a cellphone or otherwise distracted when a crash occurred. If an individual ran a stop sign or ignored a traffic signal, that may also indicate negligence on the part of a driver involved in a crash.

However, if the accident was simply related to slippery roads, no one may be held liable.

It’s important that you give an accurate statement to a police officer and to your attorney in the aftermath of any car accident. This may make it easier to show that you weren’t liable (or that you weren’t fully liable) for the wreck.

What to do after a weather-related car accident

If you’re involved in a car crash, the first thing you should do is stop and make sure that everyone is alright.

Afterward, gather as much evidence as you can from the crash scene and take it to your attorney. This may be the best way to determine if you have a personal injury case or the best way to defend yourself if someone else says that you are at fault for it.

If you’ve been a bad weather car accident, contact Lorenzo and Lorenzo today for a free case consultation.