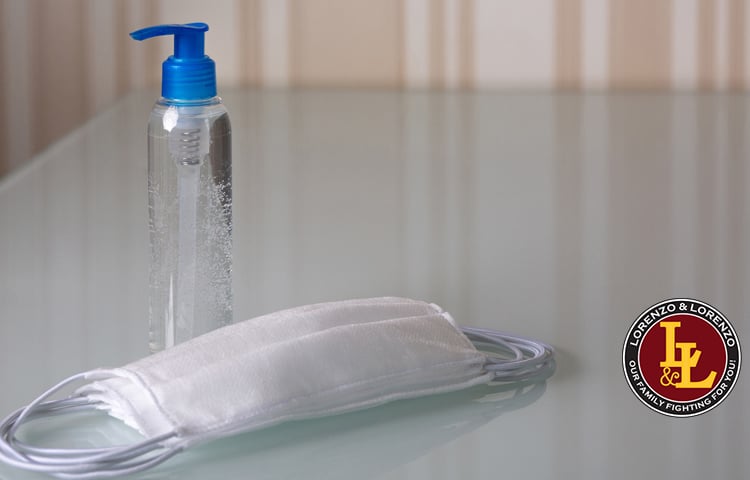 It seems like ages ago since the first case of COVID-19 hit the United States. Now, the pandemic is in full swing, leaving many Floridians anxious—especially those who’ve applied for and been denied workers’ compensation benefits.

Thousands of first responders, emergency personnel and healthcare professionals have filed workers’ compensation claims after contracting the coronavirus while on the job, but insurance companies have denied almost half of them, according to the Sun Sentinel.

What is workers’ compensation?

In a nutshell, workers’ compensation is a no-fault system meant to provide medical benefits to workers who are injured on the job. In return, most employees may not sue their employer. This is a non-verbal agreement that employees enter into when they’re hired by the company.

Most often, it’s a self-executing system that doesn’t require any legal input. However, if there’s a disagreement over the benefits, such as the amount covered or the length of time, injured workers will often hire attorneys to help settle disputes.

In the report put out by the Sun Sentinel, there’s no information on what are known as “medical-only claims.” Instead, it focuses on “indemnity claims,” which involve workers who are injured for a minimum of 8 days and eligible for lost wages.

According to data collected by Chief Financial Officer Jimmy Patronis’ office, of the approximately 11,800 workers’ comp claims filed, more than 43 percent have been denied. Sixty-two percent of those denials were made by private insurers that provide coverage to Florida employers.

Sixty-five percent of the claims were filed by “essential” service workers who remained employed during the major shutdowns in the spring. These include hospital staff, healthcare clinic staff, grocery store clerks and home-improvement store employees.

“No one should be shocked by this data.”

According to Bill Herrle, executive director of the National Federation of Independent Business in Florida, these numbers shouldn’t be news to anyone. Private businesses should be held to different standards than public businesses.

Private and public businesses, as well as their employees, have been calling for action from the state legislature and Governor Ron DeSantis since early on in the pandemic, but legislative leaders have yet to address this issue. Meanwhile, the number of workers’ compensation claims due to the coronavirus continues to increase.

Workers’ compensation indemnity claims had been filed in every county, except DeSoto, with the most being made in Miami-Dade County. Around 5,200 claims remain open, and insurance companies have paid $9 million on those claims, according to data sent from the state Division of Workers’ Compensation.

Law firms are considered essential businesses in Florida, which means our team will continue to put you and your family first. If you or a loved one have suffered from a workplace injury, we encourage you to contact one of our experienced Florida attorneys today. Our family will fight for you to make sure you receive the best outcome possible when you file a claim.