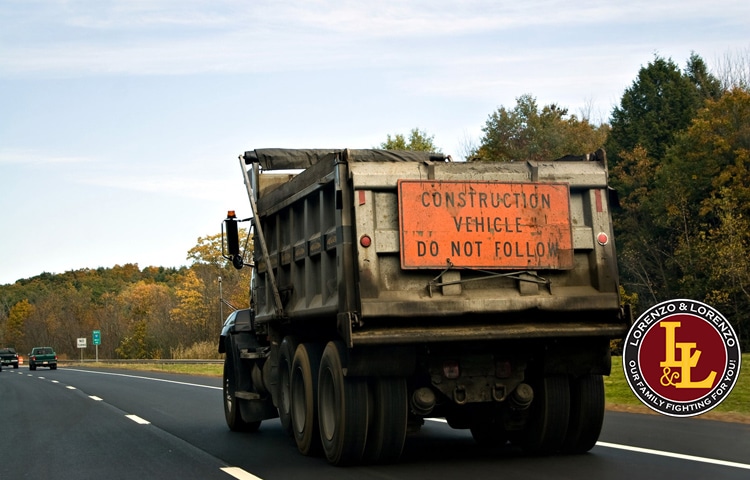 The dump truck was being driven by a Tampa man (age 49) who suffered only minor injuries. The woman, however, died at the scene, according to the Florida Highway Patrol. FHP said she lost control of her car, went into the oncoming lane and hit the truck.

Under Marsy’s Law, the highway patrol didn’t release the names of the victim.

In this case, it seems as though the woman hit the truck (it was her fault). But what if the roles were reversed? What happens when a government worker causes serious injuries, property damage or a fatal crash?

Who pays for damages when a government worker hits a vehicle?

Even if an auto accident with a government vehicle is not your fault, you might still be the one who has to pay for damages. For instance, if a police car in pursuit scratches your car as they drive by, they may not have to pay for damages. The same goes for other city and state government workers, such as firefighters, mail carriers, ambulance drivers and dump truck operators.

In some instances, there are laws that grant “sovereign immunity” to certain government workers. This means that some government entities may be legally protected from any damage they caused to your vehicle, even if it’s 100 percent their fault.

That said, various amendments have been passed over the years to make it acceptable for a Florida resident to sue the government in certain cases.

Can someone sue the local government agency responsible?

The short answer is, yes.

But if filing a claim for an accident caused by a regular driver (citizen) with a valid license, registration and proof of insurance is stressful, that’s a piece of cake compared to filing a claim against any branch or level of government.

As with most interactions with the government, there is often bothersome bureaucracy and additional red tape you will likely encounter when attempting to sue a government agency.

What you should know if you’re suing the government?

Filing a claim against a local or state government agency is difficult for several reasons, the first of which being the shorter statute of limitations. Most plaintiffs have 2 years to file a claim in Florida. But if you are filing a lawsuit against a government worker or agency, the deadline is shortened to 6 months.

The burden of proof also falls to the plaintiff for these types of accidents, particularly claims involving the federal government. The Federal Tort Claims Act requires plaintiffs to prove negligence on the part of the government employee driving the vehicle, which is easier said than done. The bar for burden of proof is much higher than that for a normal claim.

On top of that, the maximum amount of compensation you can seek against a government agency in Florida is capped at $200,000 (or $300,000 total if the claim is against multiple state entities), which is much lower than car accident claims between citizens.

Lastly, punitive damages are not available in cases against the Florida government.

After all that work, you might not receive the compensation you deserve from the government. If you do see a dime, it’s not always enough to cover the cost of fixing your vehicle or any medical expenses incurred. Plus, the bigger the government entity is, the more hoops you’ll likely have to jump through in order to win your case.

A Florida auto accident attorney can guide you through this difficult process. Working with our Tampa attorneys can help alleviate some of the stress that comes with filing a claim against the government. The experts at Lorenzo & Lorenzo will sit down with you during a free initial consultation and create a roadmap of what to expect before pursuing legal action.

If you or someone you love wants to sue a government entity for damages and personal injury, speak with one of our personal injury attorneys today. We’re a committed team of individuals who fight for our clients and help them get the most compensation possible.