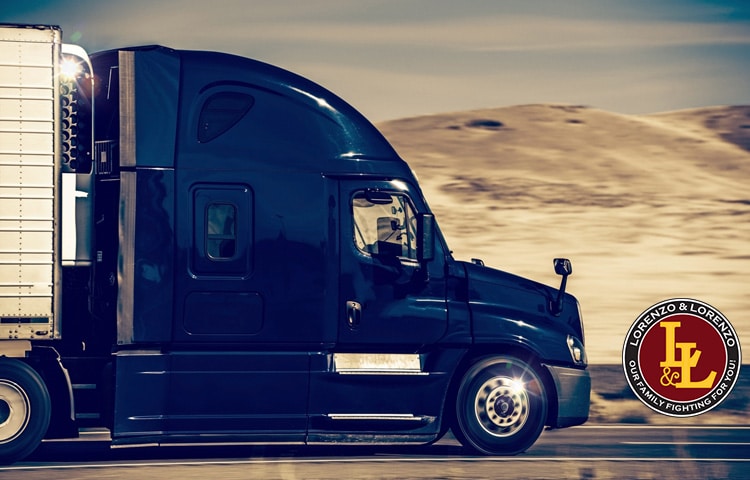 A so-called “nuclear verdict”—which includes any award that totals more than $10 million, according to the insurance industry—was made on August 20, 2021 in the case of a fatal truck accident involving a teen.

The amount totaled a jaw-dropping $1 billion.

The Nassau County, Florida jury awarded the damages after 5 days of testimony and 4 hours of deliberation in the case of Melissa Dzion v. AJD Business Services and Kahkashan Carrier, Inc.

Thankfully for the family, this 4-year battle has finally come to a close and they have been awarded more than enough damages to cover any financial burdens incurred by their loss—or so some may think.

The truck accident that started it all

Connor Dzion (age 18) was a college freshman driving on I-95 near State Road 200 on Labor Day weekend in 2017. He came to a stop in traffic for an hour near Jacksonville, Florida due to a crashed semi-truck, when another semi-truck came up behind him and slammed into his car.

The truck was going 70 miles per hour on auto-pilot when it made impact. The truck driver was reportedly texting at the time of the accident. Court testimony also shows that the driver was not licensed and was driving for more consecutive hours than federal safety regulations allow.

The truck driver didn’t attempt to avoid the wreck until it was too late by hitting the brakes a second before the collision, according to data gathered from the truck.

What are punitive damages?

Punitive damages are financial penalties intended to punish the defendant. They’re often awarded at the court’s discretion. If the defendant’s behavior is found particularly harmful or grossly negligent, they’re more likely to award such damages as this dissuades the defendant (and anyone else) from repeating their dangerous actions in the future.

That said, punitive damages aren’t awarded often in personal injury cases, and they’re rarely followed by so many zeros.

How the plaintiff got a billion-dollar verdict

Dzion’s parents received $100 million for pain and suffering and the loss of their son from Kahkashan Carrier. They also received $900 million in punitive damages from AJD Business Services, Inc., totaling $1 billion in all.

That said, it’s unlikely the Dzion family will receive the full $1 billion since the verdict is likely to be appealed by the defendants.

Been in an accident with a semi-truck? Our attorneys will fight for you

The average verdict size for a truck accident lawsuit is above $1 million, according to some estimates. Whether you receive $1 million or $1 billion like the Dzion family, no amount of money can replace the loss of a loved one. However, you can still fight for justice.

If you or someone you love have recently been the victim of a trucking accident, you’re not alone. Our Florida truck accident attorneys can help give your case the time and attention it deserves to help you receive the best outcome possible.

Contact our offices today for a free initial appointment.