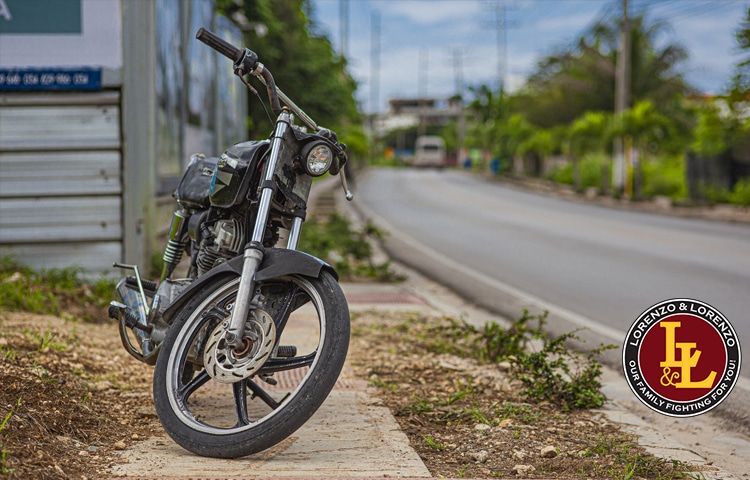 Shortly before 11:30 a.m. on March 31, 2021, a motorcyclist crashed on I-75 south of the Big Bend Road exit. The 68-year-old Wimauma man was traveling north on the interstate when a car in front of him slowed down.

The vehicle was driven by a 79-year-old woman from Pennsylvania. The passenger, age 74, was also from Pennsylvania. According to state troopers, the driver slowed down for traffic, but the motorcyclist couldn’t stop in time. He crashed into the rear end of her car.

The motorcyclist wasn’t wearing a helmet at the time of the crash. After he was thrown from the motorcycle, he was taken to the hospital. Later, he died of his injuries.

Nearly 9,000 traffic accidents involving at least 1 motorcyclist were reported in 2019. According to the Florida Department of Highway Safety and Motor Vehicles (FHSMV), over 2,000 of those crashes severely injured motorcyclists.

What’s causing these accidents to occur?

Both motor vehicle drivers and motorcyclists alike can (and do) cause a fatal crash if they aren’t careful or reckless. Knowing the primary factors behind fatal motorcycle accidents can help prevent these tragedies.

1. Driving under the influence

“Don’t drink and drive” isn’t just a catchy slogan. The risk of an accident increases dramatically when motorists and motorcyclists drive under the influence of drugs or alcohol. The chances of losing control of their car or bike and crashing also skyrockets.

According to the National Highway Traffic Safety Administration (NHTSA), alcohol caused a third of all fatal crashes in 2018.

In addition to alcohol, speeding is another leading cause of motorcycle accidents. Owners with high-performance motorbikes are 4 times more likely to get into an accident. This is because they tend to go over the speed limit, according to the Insurance Institute for Highway Safety (IIHS).

However, the motorcyclist isn’t always the one going over the speed limit. Another vehicle may crash into them because they didn’t see the bike or were going too fast to slow down.

Motorcyclists are particularly vulnerable to these types of collisions. For example, in the recent fatal Tampa motorcycle accident, the motorcyclist wasn’t able to slow down before crashing into the vehicle in front of him. This is often because 1 or both drivers weren’t paying attention.

4. Cut off in traffic

This type of accident often happens because 1 driver isn’t paying attention to the road around them. It’s easy to misjudge the speed of another vehicle. When this happens, it can result in a head-on collision and serious—even fatal—injuries.

While snow and ice are rare in Florida, rain, fog and high winds are common. Dangerous roads and weather conditions can make it more difficult to see another vehicle or motorcycle. It can also make it difficult for them to see you.

Drivers and motorcyclists should use caution when driving in bad weather by slowing down.

How to prevent a fatal motorcycle accident

By practicing safe driving, motorcyclists and motorists can significantly reduce the number of accidents. Follow these safety tips to do your part:

One accident can turn the rest of your life upside down. If you’ve suffered injuries from a motorcycle accident or lost someone you love, don’t hesitate to get professional legal help.

The Tampa law firm of Lorenzo & Lorenzo is committed to representing motorcycle accident victims in Hillsborough County and across the state of Florida. We want to make sure you get the representation you require, the help you need and the compensation you deserve.