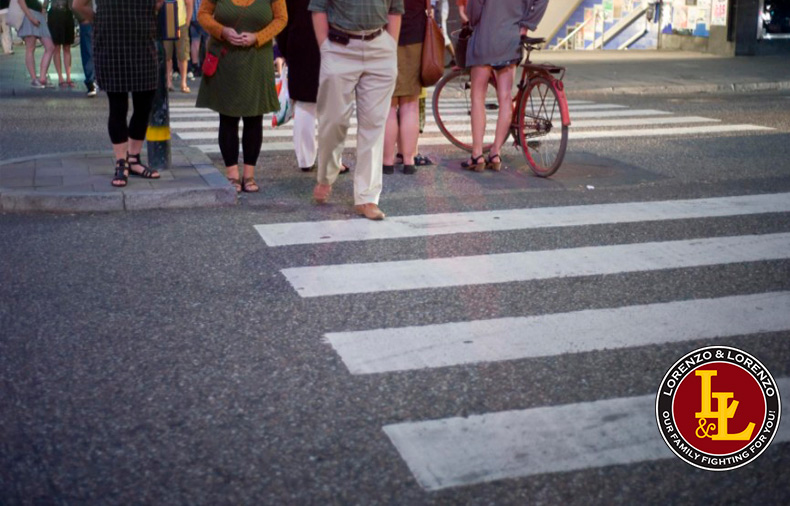 If you’ve been injured in a pedestrian accident, or if you’ve witnessed one, follow these steps.

Sometimes accidents happen, and it’s important to know what to do if you’re ever involved in a pedestrian accident. For instance, you’re out going on your afternoon walk when all of sudden you find yourself flying the air. You’ve been hit by a vehicle, and as you’re laying sprawled across the pavement, you suddenly see the driver’s face looming above you, voicing apologies and platitudes, asking if you’re okay. What you do in the next few moments could be crucial in the long run.

1. Stay Calm and Try to Determine Any Injuries

The first thing you’ll want to do is stay calm, which we realize might be hard to do since you’ve just been hit by a moving vehicle. However, staying calm is essential for assessing injuries and taking stock of the accident.

Then, try to determine whether or not you have any injuries that prevent you from moving. You should know relatively quickly whether or not you can move. If you can, attempt to move out of the street if you were knocked into the road. If you can’t, ask someone to call 911, and wait for help.

Chances are witnesses have already called the police, or the driver might have. If they haven’t, request for someone to call them. You’ll need the police there regardless of whether you’re hurt to file an official report on the accident. Calling the police will usually notify emergency services too so that they can arrive and check to make sure no one’s been injured. You could, in fact, be injured and not even know it due to shock or the adrenaline that’s masking any underlying pain.

3. Get the Driver’s Information

Even if you think you’re not injured, try not to let the driver leave. At least make sure you get the driver’s name, contact information and license plate number. It’s best if all parties involved in the accident can stay long enough for a police report of the incident to be taken. While this will require talking to the driver, do not talk to the driver about fault. Never apologize, even in politeness, because how you act and the things you say can be used against you later on. For instance, if you’re discombobulated and say something like, “No, it’s fine. It was probably my fault too. I’m sorry I got in your way,” that could be used against you later on if your case goes to court.

As soon as you can possibly do so after the accident, take pictures. Take pictures of the site, where the driver’s vehicle hit you, any speed signs and anything else around the site that could potentially be used as evidence in a court hearing. It’s also a good idea to get the names and contact information of any witnesses so that they can be called upon to testify as to what they saw at a later date if need be.

Keep the clothes you were wearing in the condition that they were in after the accident since these could provide further evidence to the impact of how you were hit. Also, keep any other items that could serve as evidence, such as a cell phone or other electronic device that got smashed as a result of the accident.

It’s also a good idea to sit down and write down everything that you can remember leading up to, during and after the accident. Doing this as soon as possible is essential since our minds tend to blur and lose crucial little details over time. Be as detailed as possible when describing the events because something that might seem insignificant to you could have a huge impact on a court’s decision later on.

If emergency personnel didn’t already respond to the scene, make sure you go by the hospital and seek medical attention. Having a doctor make note of any scrapes, bruises, cuts, shock or any other conditions that you retained as a result of the accident will definitely strengthen any claim that you choose to file later on.

Your own insurance company might have you covered under an uninsured motorist clause if the driver of the vehicle doesn’t have insurance coverage. Either way, be prepared to answer insurance adjuster’s questions from either your insurance company or the driver’s. Answer questions truthfully, but do not discuss fault, make any statements, agree to any settlements or sign any forms without speaking to legal counsel first.

Any time you’re involved in any type of accident, you should contact an attorney. An attorney can help you determine if you have a case, and he or she can also help you file it and fight for your rights in court.

If you’ve been injured in a pedestrian accident, contact the the experienced Tampa personal injury attorneys at Lorenzo and Lorenzo.